iPad having issues in some colleges

April 18, 2010
After the launch of iPad by apple, there has been some cases of connectivity problems with the device in some colleges like George Washington University, Princeton University and Cornell University. They are also concerned about about bandwidth overload, several malfunctions that can disturb the whole network in the university. The colleges and Apple together are trying to solve this problem as soon as possible or else this could be big blow to Apple. 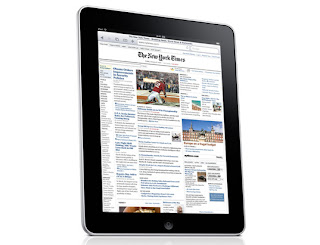 drawbacks. Teresa Brewer, Apple spokeswoman, said that she has no understanding over the problems occurring in some universities. Apple sold more than 500,000 iPads after their first week of product launch in stores.

iPads will be fully embraced in most of the colleges once the hard copies of books go electronic. However educational books will not be easily translated to ebooks due to non-standard-text material like mathematical formulas, graphs and others. We just have to see how Apple's iPad will go further.
Latest Technology and Gadgets World News