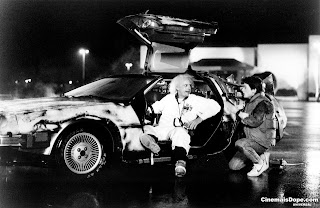 Time and Space has been two mysterious entities for mankind for thousands of years. Many believe that time travel is possible. But what does Science say about? What does physics says about it?

The idea has been slurring from centuries and centuries. Within a century we have came across many theories, mostly science fictional, and many perceptions from scientists, theorists and some individual believers. In this universe where billions and billions of galaxies reside, we always are looking for one question, the truth about our universe. Is it really ours? even that is to be answered.

Michio Kaku, an specialist in Superstring Theory, says" There is no law in physics preventing time travel". He further explains how Einstein's wrote in his memoirs that he was really disturbed by his own equation that allowed time travel. Isaak Newton thought that time was like an arrow and it never deviates, then later Einstein explained that time was like a river and has whirlpools. Einstein's office mate, Kurt Godel ( great logician, mathematician and philosopher) found a solution to Einstein's equation which allowed time travel. Kurt's theory was that if universe is rotating, and if anyone go around with it, you could come back before you left. However, Einstein was not that worried because he explained that the universe was not rotating but it was expanding.

There had been hundreds of explanations on time travel since the Einstein's theory. But Kurt explains, using Einstein's equation that shows time travel, that the energy required to bend time and space for time travel is equal to the energy of an exploding star. This is only possible in a black hole.Other scientists believe that the universe is rotating and there are wormholes which is the pathway for time travel.

One interesting news that swayed all around the world was a guy named Håkan Nordkvist from Sweden claimed that on the afternoon the 30th of August of 2006 went through the wormholes and met himself as an old men who he thought was around 70 years old. He is a plumber and on that afternoon when we was cleaning a sink, he sneaked the wormhole and went back to the future.


Now whether he is hoaxing this up or maybe he really sneaked in to the future, time travel is something that we can not imagine happening very often. Some news have claimed that there some scientists who are making a first time machine.