September 07, 2009
So we have been hearing a lot about 2012, the end of the world, The day when the mayan calander ends. So what will happen?

There has been a lot of speculation, lots of theories, lots of predictions. So whatever will happen, we just have to figure out ourselves.


Who is Edgar Cayce? 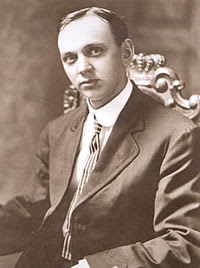 "Edgar Cayce (March 18, 1877 – January 3, 1945) (pronounced /ˈkeɪsiː/) was an American who was allegedly psychic. He is said to have demonstrated an ability to channel answers to questions on subjects such as health or Atlantis, while in a self-induced trance. "


Here is his predictions:

(b) The Great Depression

(c) The rise and fall of Adolf Hitler

(d) The beginning and end of World War II

(h) The re-establishment of the nation of Israel

(i ) The discovery of the Dead Sea Scrolls and Essenes

(l ) The fall of the Soviet Union and communism

(m) The U.S. and Russia alliance

(o) The existence of the planet Pluto

(p) A shift of Earth's magnetic poles (see this article)

(q) The day of his own death

(a) Armageddon will be a battle in the spirit realm to prevent souls from the hell realms to reincarnate for 1000 years. It is also a battle within everyone between their higher nature and their lower nature.

(b) The possibility of a World War III

(d) A dramatic rise in the level of the ocean