April 18, 2010
A Cat named Charles disappeared eight months ago from his from his New Mexico home. The owner Robin Alex, of Albuquerque. was really upset back then, and she couldn't do much about it because she was in New Orleans.

After Eight month, she got a call and she was amazed to hear that Chicago Animal Care and Control had picked Charles. As she was in Chicago she said she couldn't afford to come to New Mexico and pick Charles and return.

Later on, an Albuquerque resident, Lucien Sims, was on his way to Chicago to attend a wedding ceremony, picked Charles by getting donation from a company for the trip to Chicago. 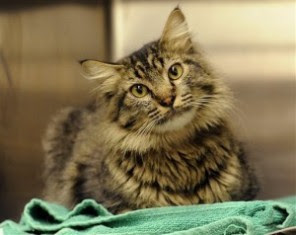 Charles finally got back to her owner after eight months by traveling 1,300 miles from New Mexico to Chicago.

Charles is in good condition, Alex says. She says she will be careful this time and won't let Charles loose again.
Funny News